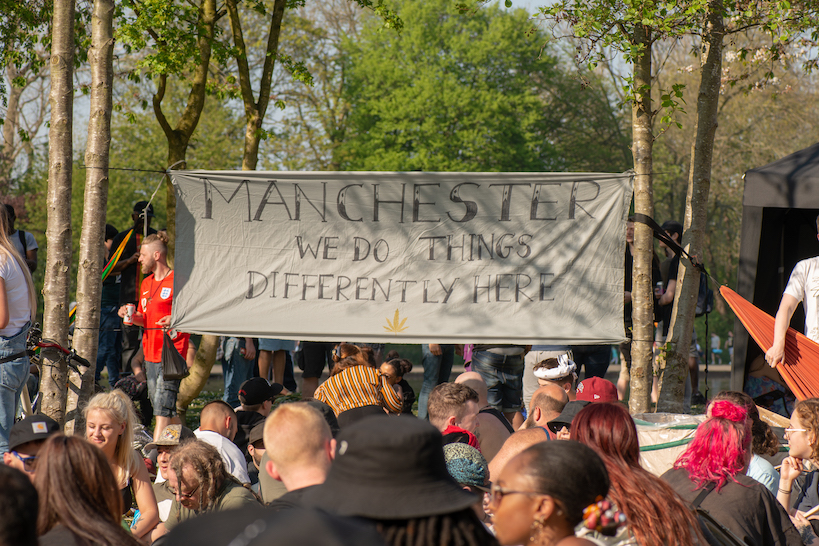 Platt Fields Park is the location for the annual 420 celebrations in Manchester, a wonderfully laid out park with an avocado shaped pond and also featuring a nice big hill to either tan yourself from or get a better view of the park. A nice big sound system pushing out a few of the fave styles from stonersville filled the air with some solid bass. A few food stalls were set up to cater for the hungry tokers, and one guy selling his artwork from recycled skateboards, keychains and rings.

A somewhat muted cheer at 4.20pm raised a distinct mini cloud into the air, and then it was back to chatting and making jokes, the atmosphere one of people huddled in small groups being ultra friendly to neighbouring groups. It was dead easy to hand out The Quarter Leaf to people in Manchester, they were all so relaxed and ready for a little read after being in the sun all day.

Approximately 2000 people were spread out over the park celebrating 420, and when they were all done, the park seemed to be cleaner than when we all arrived as the cleaning effort was top notch. Large piles of rubbish were left in a tidy fashion for workers to remove the next morning. There was probably no arrests, as there was not a single officer to be seen all the time we were there, a credit to the cannabis community in Manchester. 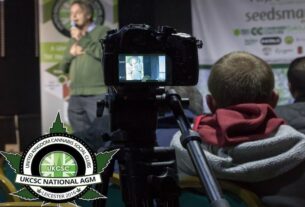 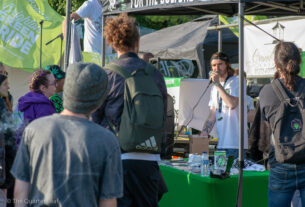