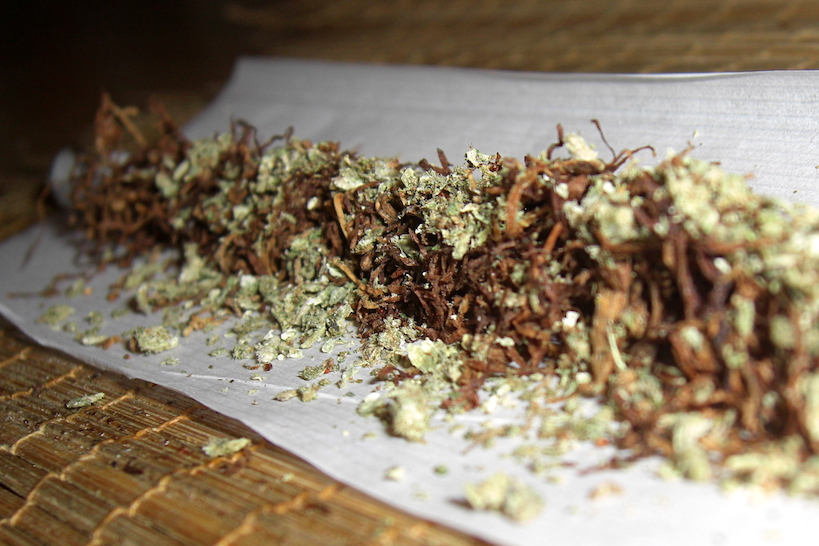 The study by researcher Peter Collins was based on an analysis of 202 unsmoked randomly selected cannabis joints recovered by police between September 2015 and August 2018 (91% were recovered in 2017 and 2018), either from seizures or from amnesty bins at festivals within the UK.

Collins says because it was not always possible to remove absolutely every single piece of cannabis from the tobacco, the cannabis content would be very slightly more than the figures quoted.

Of the 202 joints inspected, 172 of them contained cannabis flowering top (CFT) mixed with tobacco. The average weight of CFT in these 172 joints was 207.93 milligrams.

The below chart shows all joints plotted against their cannabis flowering top content and their tobacco contents.

Of the 202 joints inspected, 19 contained cannabis resin mixed with tobacco. The average weight of cannabis resin in these 19 joints was 202.84 milligrams.

Vaping has been found to be healthier than smoking precisely because it eliminates tabacco. It gets you higher, too. UKCSC clubs promote vaping for this very reason, and Brighton Cannabis Club, with 1,000 members is the first in the UK to be smoke free. 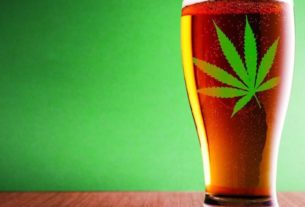 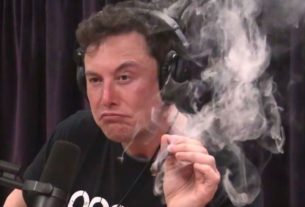 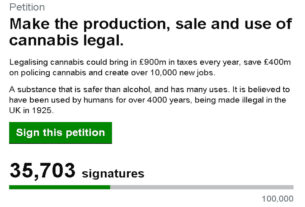 Sign It! Petition to Legalise Cannabis in the UK 2015

3 thoughts on “Study: mixing cannabis flowering top with tobacco is most common method of consuming cannabis”