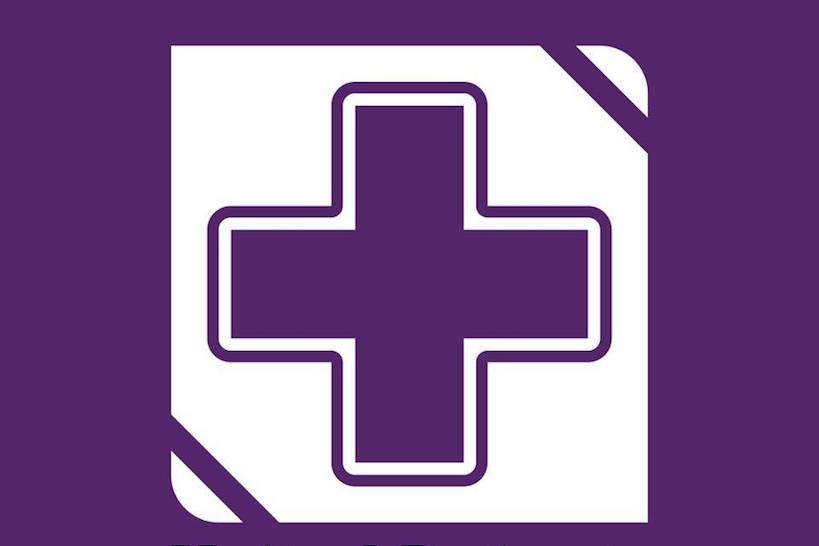 The government have now given an initial response to the Petition calling on them to Legalise the Production, Sale and Use of Cannabis: Which you can read here  (Oh and whilst you have it open – SIGN IT!)

This is a tired response from our Government filled with assumptions, half-truths and misinformation.

The latest evidence from the independent Advisory Council on the Misuse of Drugs is that the use of cannabis is a significant public health issue (‘Cannabis Classification and Public Health’, 2008).

The ACMD advised the government that Cannabis should be Class-C and that more priority should be given to necessary health based interventions over legal ones. They also recommended that a further review be done in 2 years. It never was. They have since expressed their concern over the government making this a political issue. Calling cannabis a “Significant public health issue” should be quantified as it is meaningless and I am not aware of any other health issue for which we use the law as our primary approach?

Cannabis can unquestionably cause harm to individuals and society. Legalisation of cannabis would not eliminate the crime committed by the illicit trade, nor would it address the harms associated with drug dependence and the misery that this can cause to families.

There is in reality no evidence of the cause of harms associated with cannabis and it is certain that far more harm is done by the impact of law enforcement. The two recent questionable studies that our government spokespeople refer to when highlighting harms have both been pretty much rubbished here by the NHS and The Lancet respectively: The most recent research calls completely into question the veracity of many claims of harms: Here,  here for research from Universities in Germany and Canada showing that cannabis is 114 times safer than alcohol and here for a study from the University of Pittsburgh showing no difference at all in physical and mental health outcomes from those who used no cannabis, to those who were regular or even heavy users.

Nothing is mentioned of its benefits, for which there is an ever growing plethora of solid, peer reviewed evidence showing its homoeostatic and preventative indications. This is not to mention the recognised medical treatment benefits. In states where patients can legally access cannabis, between 16% and 25% of MS patients have switched completely from their other medications to cannabis. The average cost to the NHS in pharmaceuticals for MS patients is £30k annually. That equates to a potential minimum saving of £480m just for one condition.
To say that it would not eliminate crime is disingenuous at best. Legal regulation would certainly take about 80-90% of it out of the hands of criminals, which sounds pretty good to me.

Legalisation would also send the wrong message to the vast majority of people who do not take drugs, especially young and vulnerable people, with the potential grave risk of increased misuse of drugs. The message they keep speaking of, that I received as a child (yes, this prohibition and rhetoric has been going on that long) is that the government don’t listen to science or evidence and they haven’t got a clue what they are talking about so they must be wrong about everything else too. We need to teach the truth and stop trying to instil fear based on lies. Kids these days have access to the internet you know!

We have reduced tobacco smoking in the UK through information, education and regulation and it has worked – We didn’t have to ban a single cigarette.  In addition, exactly what message are we sending when we prevent children with epilepsy access to a proven treatment for their condition, or criminalise someone for growing and supplying a medicine to terminal cancer patients, whom the medical profession can only offer palliative care.

Jeff Ditchfield at (Bud Buddies UK) said “What about the 30+ children we’re currently assisting in the UK? They are terminal, they’re pretty vulnerable to DYING so how are they protected by current policy?”

In case you have been led to believe that claims about its effect on cancer cells are to be scoffed at, have a look at what the National Cancer Institute have to say about it: (here)

Despite the potential opportunity offered by legalisation to raise revenue through taxation, there would be costs in relation to administrative, compliance and law enforcement activities, as well as the wider costs of drug prevention and health services.

These comments about revenue are lazy and completely ignore the actual experience every US state and country that has regulated cannabis has experienced. The potential revenue added to the savings from the criminal justice system and the savings from the NHS by providing cannabis as a treatment alternative will inevitably be huge by comparison to any costs. We estimate between £7bn and £10bn per year back in the UK economy.

The UK’s approach on drugs remains clear: we must prevent drug use in our communities; help dependent individuals through treatment and wider recovery support; while ensuring law enforcement protects society by stopping the supply and tackling the organised crime that is associated with the drugs trade. The Government will build on the Drugs Strategy by continuing to take a balanced and coherent approach to address the evolving challenges posed.

We must try to reduce harms caused by misuse and abuse of all drugs including alcohol, tobacco, sugar and caffeine. The UNODC published their figures on global problematic drug use in 2013, which showed that approximately 90% of illicit drug use is not problematic, 98% when in the case of cannabis. Law enforcement pushes the entire market into the hands of criminals which ultimately does far more harm than the drugs themselves as well as putting further life at risk through the lack of quality control. Offering treatment and education to those who require it in place of criminalisation, as in Portugal, the results are astoundingly good with a reduction of 50% in opiate addiction, death and overdose and up to 15% reduction in alcohol related issues. Without the threat of a criminal record, people who do have issues with drugs are coming forward voluntarily for help.

And lastly to address the government’s “Drug Policy is Working” shout:

There are positive signs that the Government’s approach is working: there has been a long term downward trend in drug use over the last decade, and more people are recovering from their dependency now than in 2009/10. The number of adults aged 16-59 using cannabis in the last year in England and Wales has declined over the last decade from 9.6% to 6.7%, with cannabis use amongst young adults aged 16-24 and young people aged 11-15 following a similar pattern

These are a small subset of figures which the government has quoted from the wider subject of drug use and patterns. This does not take into account the related steep rise in use of more dangerous, synthetic legal highs, the most popular and ultimately lethal of which only exist to get around the law on cannabis. It does not mention the sharp increase (32% over last 2 years) the deaths and addiction from harder drugs and bad quality drugs, which are on the rise in the UK. They say nothing of the increase in prescription drug use and associated addiction and overdoses. They do not compare with global use patterns which show that cannabis and all drug use in the UK follows a global pattern with our approach having no impact whatsoever evidenced by the recent Home Office’s own International Comparators report which shows no significant effect on drug use resulting from any form of legal measures.

I am Political Director of United Patients Alliance. We are a support and campaigning community of over 8000 medical cannabis patients suffering from a range of conditions including; Cancer, Multiple Sclerosis, Fibromyalgia, Crohns/IBD, Anxiety, Depression, Rheumatoid Arthritis, ME, PTSD, AIDS, Epilepsy, Chronic Pain, the list goes on, all of whom have found that various types and strengths of cannabis consumed in a variety of ways has proven to be more effective medicine than their legal and prescribed alternatives, including specifically Sativex, in improving their lives, reducing side effects and treating their symptoms. These patients are forced to either live in unnecessary discomfort and pain or risk dealing with criminals for their medicine and a criminal record for growing it or consuming it.

What compassionate government would criminalise patients for consuming something with their doctors blessing that helps them manage and treat their illnesses?

This response, whilst expected is very disappointing to all of us. 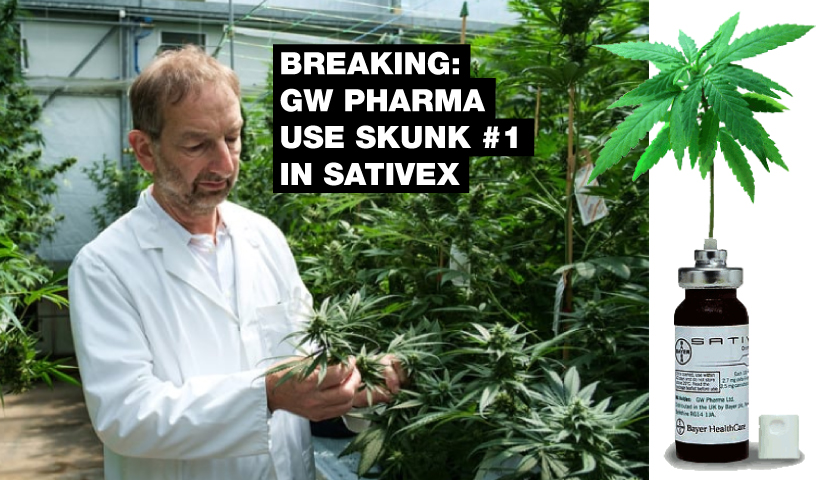 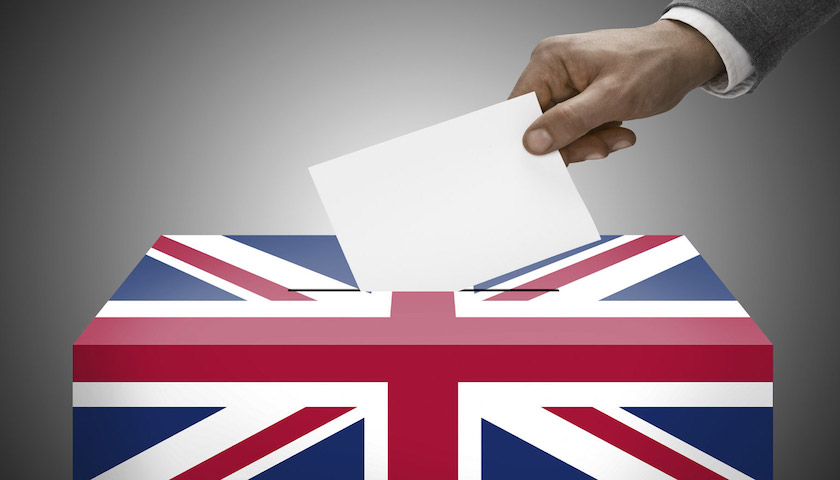 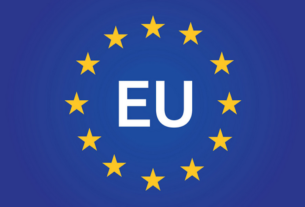 Cannabis and the EU