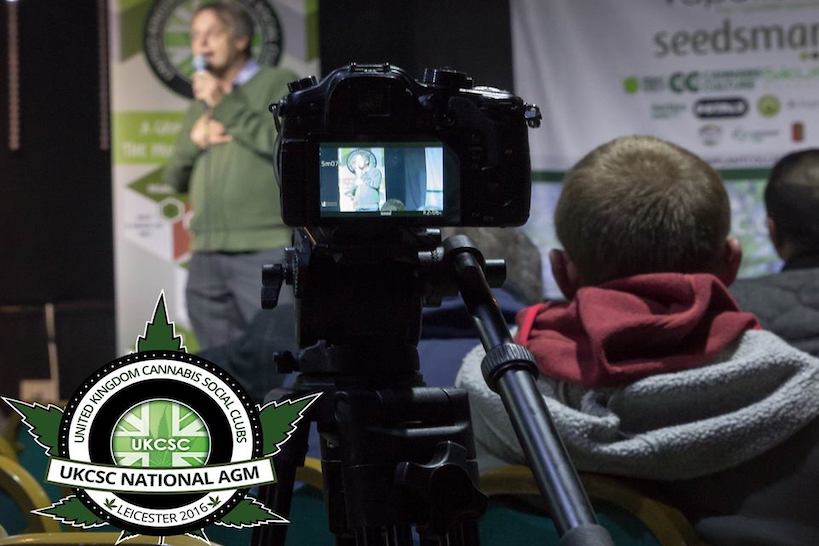 Around five years ago, the movement for cannabis law reform in the UK was, at best, stagnant. At worst, the atmosphere was toxic, as infighting, egos, and a stubborn refusal to implement new tactics led to conflicts whose effects are still felt to this day. Thankfully, however, they aren’t the only lasting reminder of those times. Because the fighting also helped pave the way for the formation of the United Kingdom Cannabis Social Clubs, an organisation that finally came of age last week at their first AGM in Leicester. 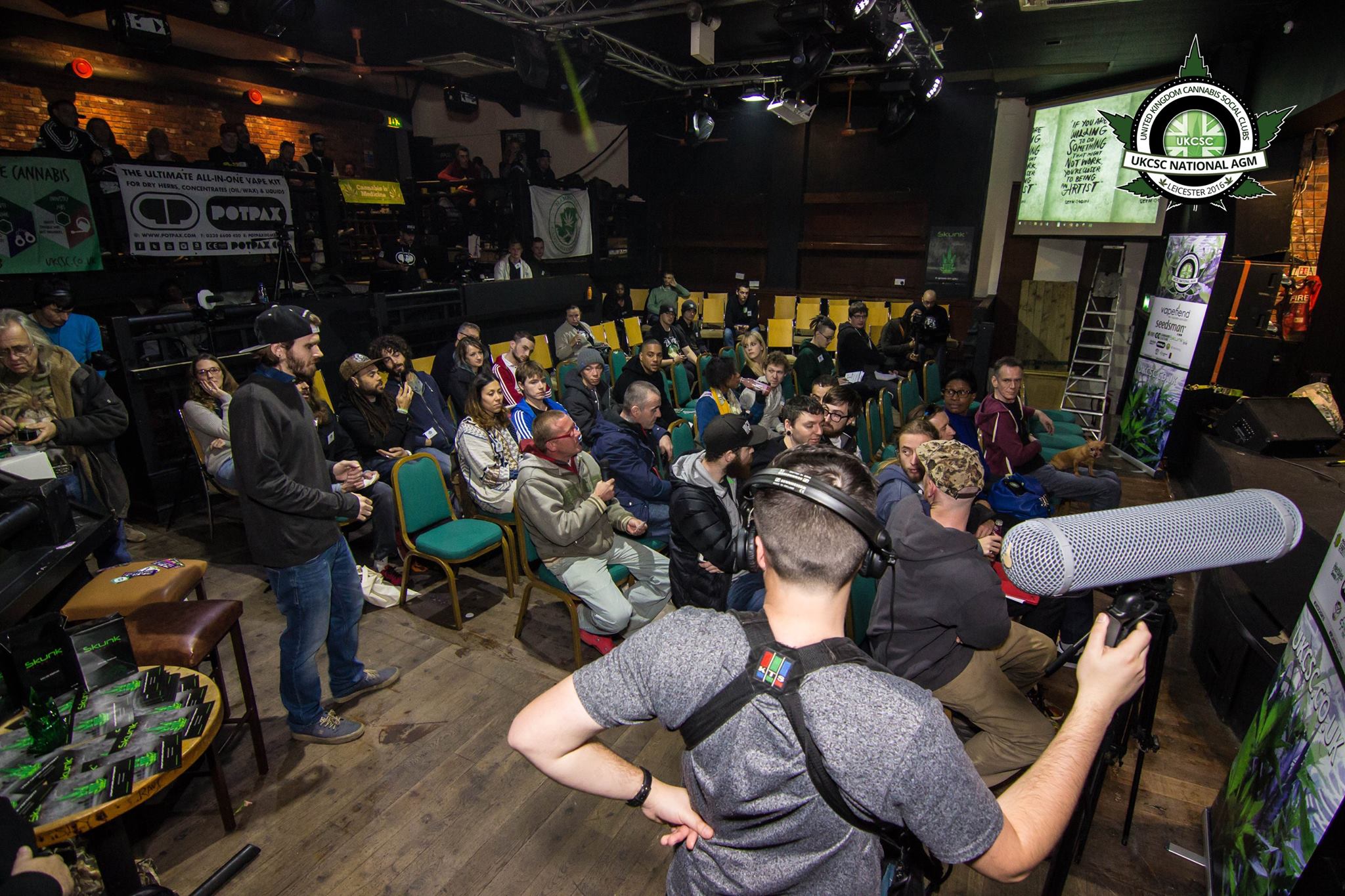 Founded by current Chairman Greg de Hoedt, the clubs have seen slow but steady growth in five years, moving from simple Facebook pages to fully fledged, registered collectives producing their own cannabis and, in essence, showing the government how things should be done. Present at the AGM were representatives from at least 40 clubs (the total attendance was around 130) all eager to not only celebrate their recent successes, but to learn from one another in order to keep on growing and evolving as a movement. The atmosphere was electric.

The opening talk – somewhat delayed, but did anyone really expect any different? – did however put a bit of a dampener on the excitement, dealing as it did with the current political climate in the UK. Put simply, the outlook, said Stuart Harper, the UKCSC’s Political Liaison Officer, is pretty bleak. There are small shoots of hope in the form of the Green Party and the Liberal Democrats, both of whom have sought the input of the UKCSC when drafting their cannabis policy, and have as a result advocated for different elements of reform. But the reality is that the Conservative Party is in power, and is likely to stay there, and Theresa May has no intention of reforming failed drug policy.

Rather than despairing, however, Harper and de Hoedt urged the attendees to instead grasp the nettle and band together to “create our own model,” whilst doing everything possible within the law to minimise criminal punishments. This was a position echoed by the first guest speaker of the day, Niamh Eastwood from Release. Niamh spoke of the failure of UNGASS in April, and the need for reform efforts to be focussed locally now rather than on the international level, referencing recent successes (orchestrated in large part by the UKCSC) which have seen Police & Crime Commissioners in various areas of the country speak out against the war on drugs and effectively decriminalise cannabis possession.

The key theme throughout Niamh’s speech, and the Q&A session that followed, was the issue of mitigation. It was something that permeated the whole day, and came up again and again in different guises. The problem, as Niamh was at pains to point out, is that cannabis is still completely illegal. PCCs in Durham and elsewhere may have deprioritised, and arrests may be down across the board, but that mustn’t lead to complacency. People still get arrested and charged every day, so we must, as a movement, do everything in our power to mitigate the ‘crimes’ that we commit to ensure any punishment is as lenient as possible. It is hoped that by following the UKCSC’s 9 Plant Collective model, clubs will be able to do just that. 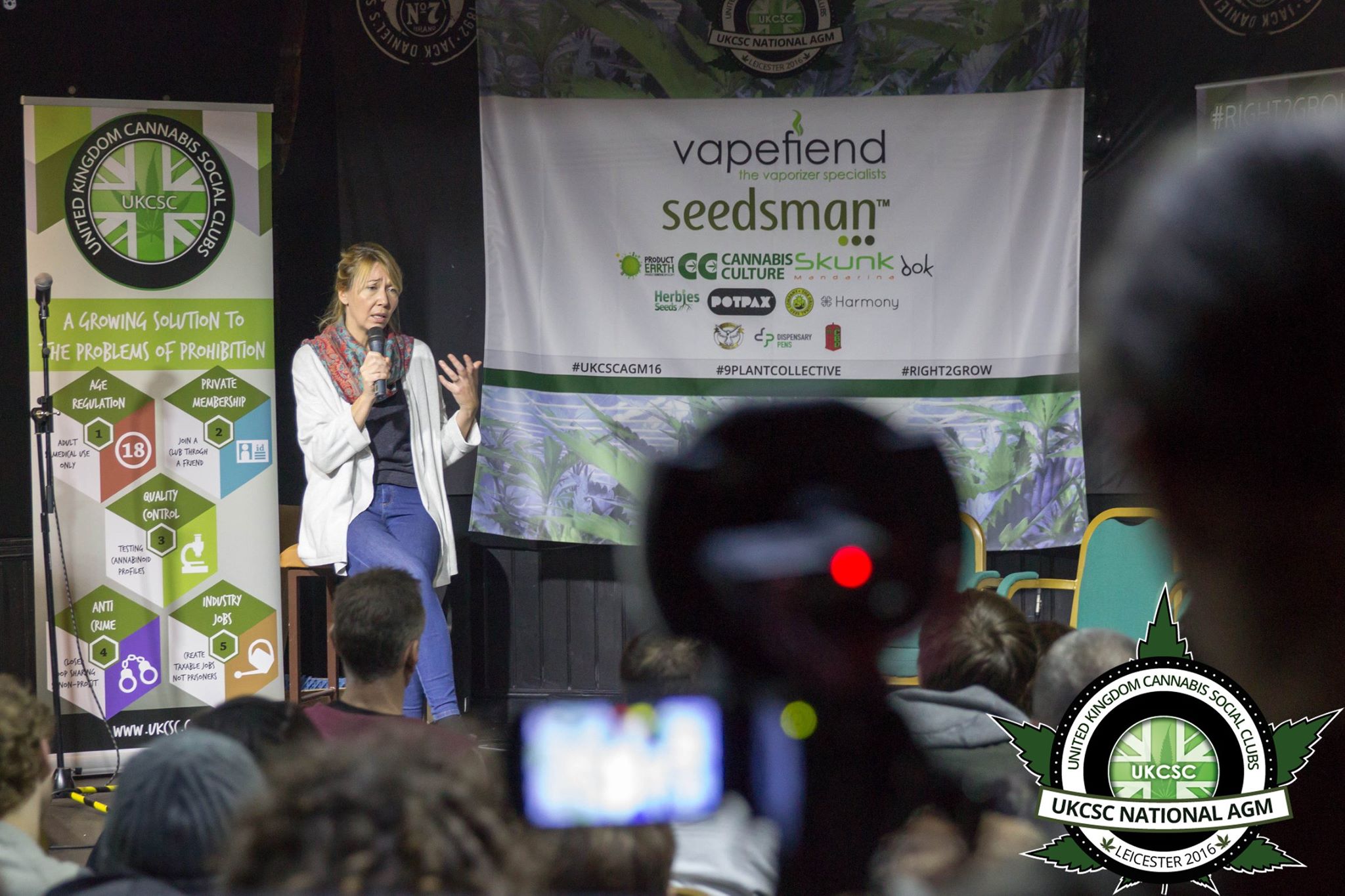 It’s not all about simply trying to minimise the perceived criminality of your actions, however. As evidenced by many of the speakers from cannabis clubs up and down the country, it is also vital to keep channels of communication open between clubs and their local police, councils, and media. Cardiff Cannabis Club, for example, have successfully hosted the Million Marijuana March for the past 6 years with full cooperation from the council and police, who actively help the organisers by stopping traffic on the day to allow thousands of protestors to march through Cardiff city centre.

Teeside Cannabis Club, on the other hand, found that their local force were dismissive of them at first, but rather than giving up they decided to try the neighbouring force, eventually leading them to Ron Hogg, Durham’s PCC and the man credited with the first official, publicised ‘deprioritisation’ of cannabis offences in the country. Representatives from Teeside CSC also spoke of the need for a positive relationship with the media. They don’t actively chase media attention – allegedly – but by their very nature they attract it, and are not afraid to use it to their advantage. 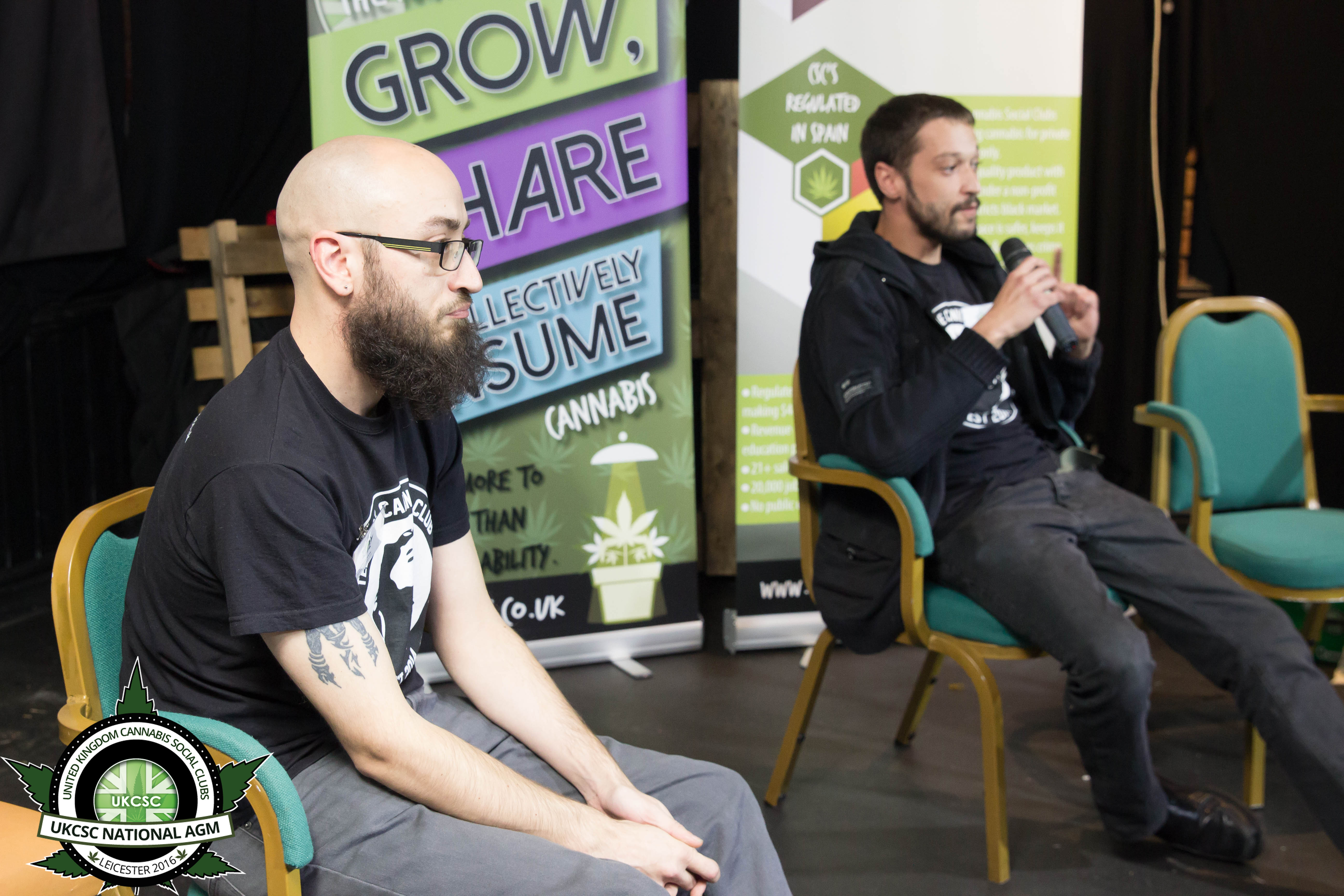 My local club – The Devon Cannabis Club – is a further example of this. I have acted as Press Officer for the club since stepping down as Chairman, and am in constant contact with the local press, to the point that when there is a cannabis story in the news they now contact me for comment as a matter of course. Press releases are also an important part of this – journalists love it when you do their work for them. I should know.

Although this AGM was in large part about learning from the successes and failures of other clubs in the UK in order to push the organisation to greater heights, their was also an international element to the day’s talks. Michel Degens, founder of Belgium’s Mambo Social Club spoke passionately about his experiences following the ENCOD model in his home country – key take home message: “Going to trial is an expensive hobby” – but the undoubted star of the show was Marc Emery, Canada’s self-proclaimed ‘Prince of Pot.’ 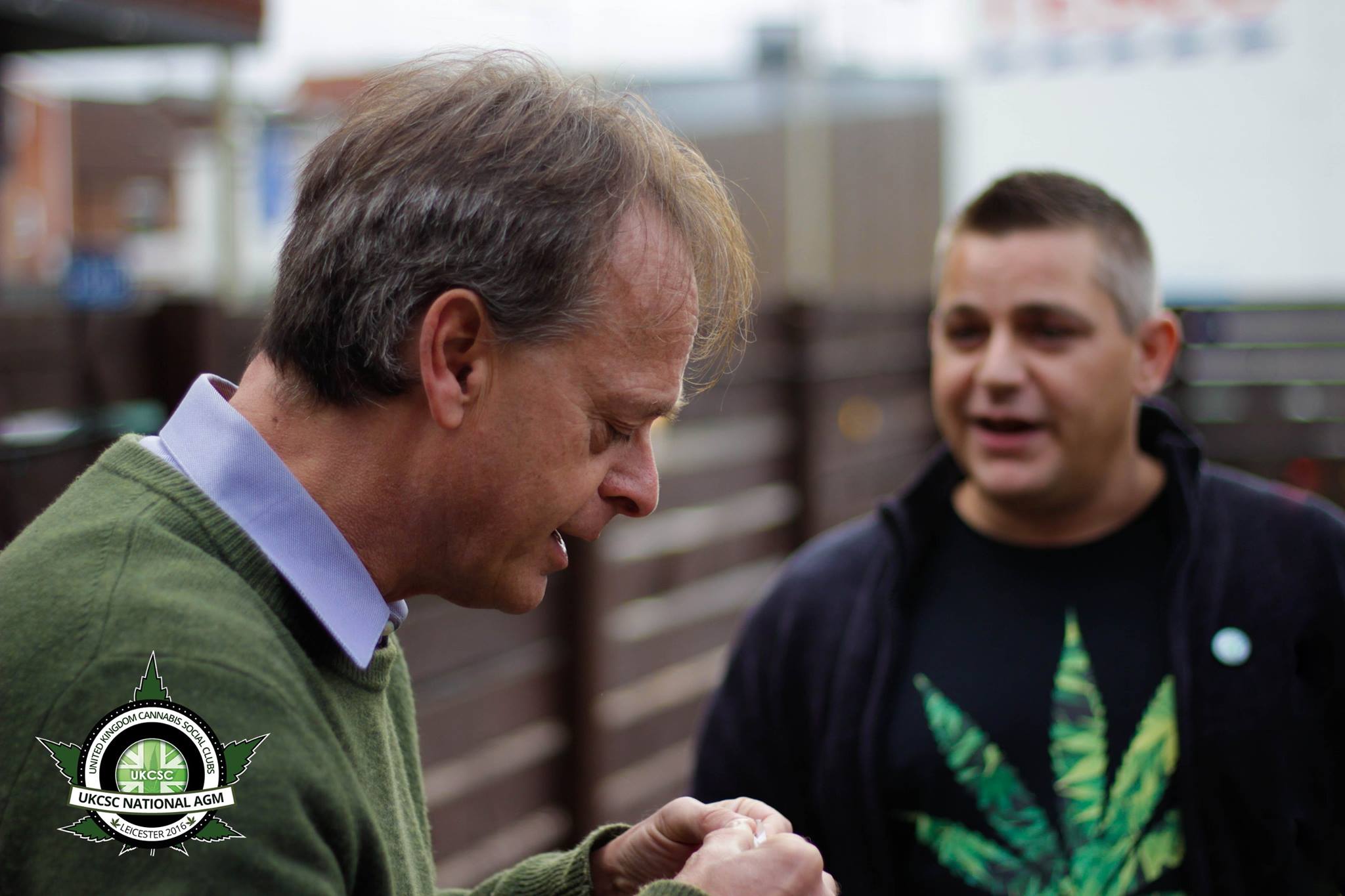 Marc spoke at length about his years of activism in Canada, including his five year stint in prison in the US, during which time he saw 34 prisons and jails. Despite his many trials and tribulations, Emery’s desire to fight against cannabis prohibition still burns as brightly as ever, and his current project is an illegal ‘pot shop’ in Vancouver. His ethos is similar to that of the UKCSC – rather than waiting for the Canadian government to finally legalise cannabis (which they plan to do next year) he is showing them exactly what he believes legalisation should look like. “History is happening right now,” he told the crowd, “and I want to be a part of it.” It seems almost inevitable that he will be, even if that means another arrest.

In an echo of the day’s previous speakers, Emery spoke of the need to break the law in a “low risk, high worth” way, but explained that in all his years campaigning for legalisation he has never once seen the government change the laws themselves. Every freedom, every slight bit of progress that he and others have achieved, has been won in the courts. His methods of protest, he explained, are designed specifically to “embarrass opponents and embolden supporters.”

Judging by what I saw and heard throughout the day in Leicester, it is a message that is already being heeded by the UK’s current crop of cannabis activists, and is one that will no doubt lead to similar successes in the future. Even if progress is far slower than we would like, it is coming. As the founder of Teeside Cannabis Club, Michael Fisher, put it earlier in the day – “Only you can stop this momentum.”

Take a look at the full photo album over at our Facebook. 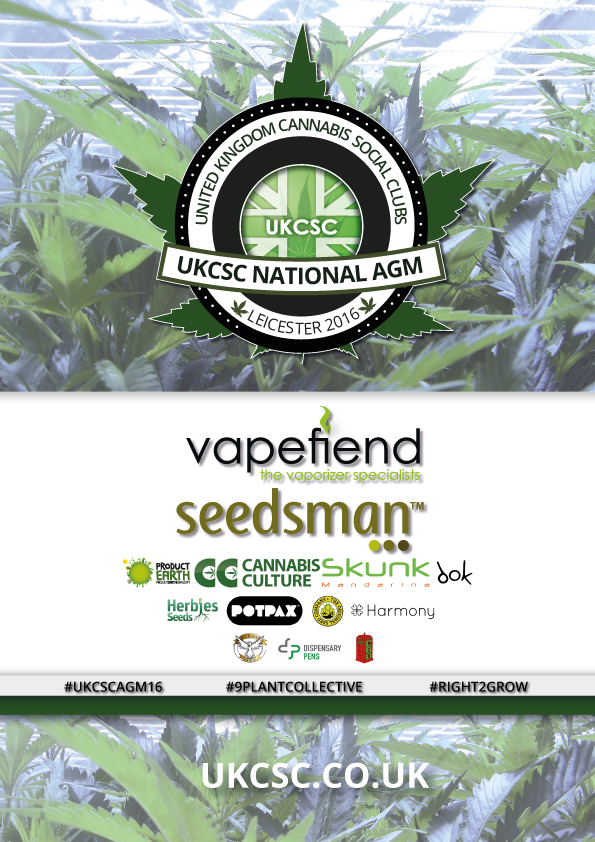 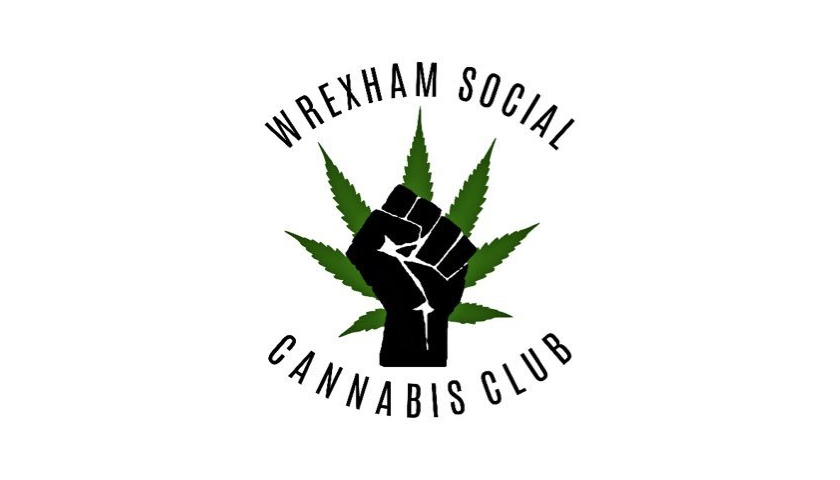 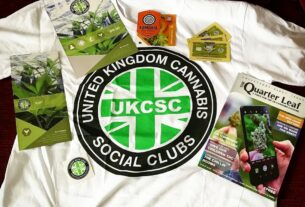 Get your hands on The Quarter Leaf here! 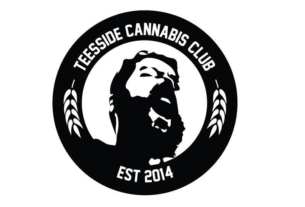 Teesside Cannabis Club on BBC Inside Out: Post Code Lottery Cannabis Roll Over

1 thought on “First UKCSC AGM is a Huge Success”