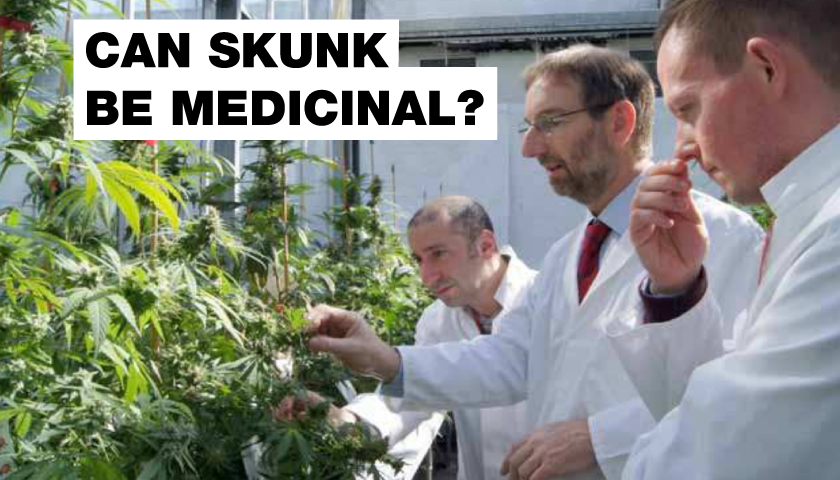 What is known as ‘Skunk’ in the UK is known internationally as Sinsemilla (from the Spanish ‘sin’ meaning ‘without’ and ‘semilla’ meaning ‘seeds’). It is an intensively grown herbal cannabis made from unfertilised floral parts of the female cannabis plant.

‘Skunk’ has been used as a scareword by the right-wing UK media for years to tarnish cannabis as a whole and refute its medicinal benefits. But the truth is more complex.

The UK Home Office defines ‘Skunk’ as cannabis grown under high intensity lighting, high in THC and low to no CBD. This definition however, would encompass the only licenced cannabis producer in the UK.

Dr David Potter, director of botany and cultivation GW Pharmaceuticals in the UK, has 23 years’ research experience as a horticulturalist and agronomist. He advises the police on cannabis use and acts as an expert witness in court.

The company’s Sativex oromucosal spray was licensed for the treatment of multiple sclerosis spasticity in the UK in 2010 (although there are still only a limited number of MS patients that have their Sativex prescription funded by the NHS). In 2o12 Potter told The Biologist that cannabis could potentially treat conditions as diverse as obesity, brain injury, cancer and even psychosis.

Research suggests CBD, with its anti-inflammatory and anti-anxiety effect, could also help treat schizophrenia’s broader symptoms, not just the psychosis, and Potter’s team has been looking into this. One theory is that CBD boosts the activity of other naturally occurring cannabinoids produced naturally by the brain. 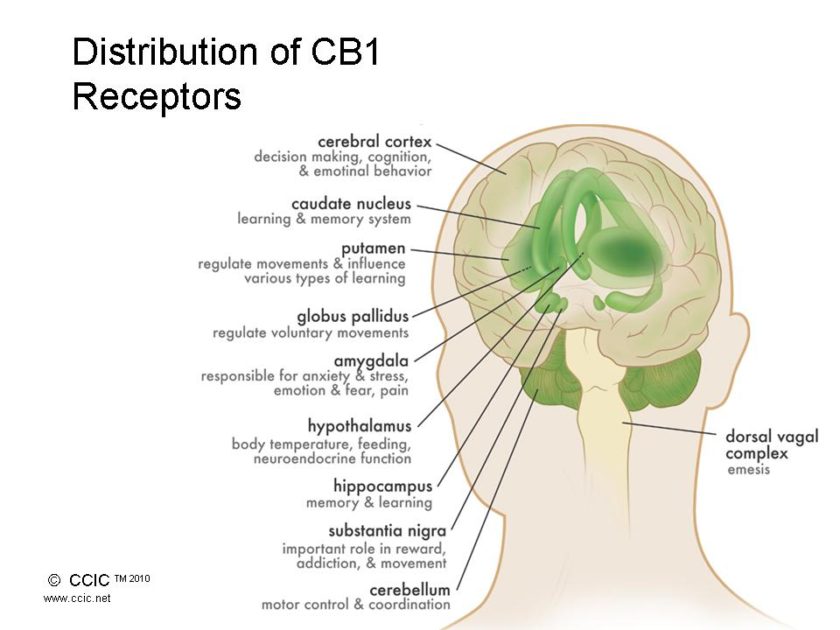 “The most well-known ingredient in cannabis that gets people high is THC [or tetrahydrocannabinol],” Potter told The Guardian in another interview in 2014. “But THC is just one of dozens of potentially useful cannabinoids in the plant.”

Cannabinoids are chemicals that act on the brain’s cannabinoid receptors, part of a system that regulates a variety of physiological processes including pain sensation, mood, memory and appetite.

In high doses, THC has been reported as induce temporary “schizophrenia-like psychotic symptoms” such as paranoia, delusions, anxiety and hallucinations.

But cannabis also contains the cannabinoid known as CBD (or cannabidiol). Purified CBD has been shown to have antipsychotic and anti-anxiety effects, and can mitigate the psychotic symptoms brought on by high doses of THC. Research by University College London has suggested that people who smoke cannabis rich in CBD are less likely to experience “schizophrenia-like symptoms” than those who smoke cannabis containing only THC.

When combined, CBD reduces the euphoric feelings the consumer experiences, but it also prolongs the medicinal effects of the THC.

Modern cannabis sold on the streets, with genetics originating from California, often contains very high doses of THC. This wasn’t always the case. Potter says that before the 1970s, “most cannabis came in the form of hashish resin, made of mixed populations of plants from parts of Asia, Africa, and the Caribbean, containing varying amounts of both CBD and THC”. Although, cannabis samples from India circa 1890’s have tested for over 12% CBN, the cannabinoid that is left after THC has degraded indicating “street skunk” THC levels over 120 years ago were available.

By 1984, a variety of cannabis known as “skunk#1” arrived in Europe with breeder Dave Watson AKA Sam Skunkman. Named after its pungent smell, it contained “15% THC instead of the 1-8%” found in older varieties. Ever since, Sensimella has been reported as the most prevalent type of cannabis sold illegally in the UK. By 2004-5, Potter said he could find hardly any traces of CBD at all in a batch of 500 seized cannabis samples given to him for analysis by the Home Office. 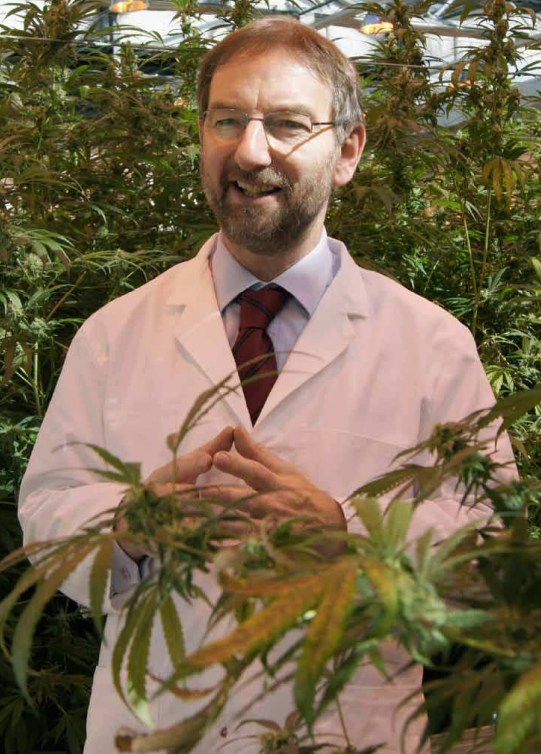 Potter said that, after years of selective breeding in the opposite direction, his plants have as much CBD as there is THC in the strongest Skunk. It took him more than a decade to get to a point where he can grow both CBD- and THC-rich cannabis of consistent strength on a wide scale. When he tried to find CBD-rich varieties with which to conduct medical research in the late 90s, 97% of commercially available seedlings created THC-dominant plants.

“Seeds for CBD-rich plants were extremely difficult to find,” he recounts. “It took me to all sorts of places, including one quite strange shop in Amsterdam.

“We can now produce plants of up to 15% CBD, way more than you would find naturally. But it’s our productivity that is really much higher than illegal growers.”

In 2014, Potter delivered a lecture at the Society of Biology in central London. At the end he invited the audience to touch and smell his cannabis plants. Asked about police scare stories about the smell being carcinogenic, he laughed and revealed that when he shows police around GW growing facilities they always ask why he doesn’t wear a mask and gloves. “No, the smell of cannabis is not carcinogenic and neither can you get high from it,” he said.

In 2018, finding high CBD cannabis seeds is a lot more simple and there are varieties that have over 20% CBD and under 1% THC. One such strain available in the UK is Candida 1 by Medical Marijuana Genetics where cannabinoid laboratory analytics have shown seeds to consistently produce the same ratio of cannabinoids. This has enabled patients to take their health back into their own hands while GW Pharmaceuticals flagship medication Sativex is still prohibitively expensive.

Dr Potter says it is “a thrill” to work with a plant with so many cultural and spiritual connections. He describes the rare, original skunk#1 plants from California, which now reside in GW’s plant library, as having “significant social history”.

Now why would GW Pharmaceuticals be growing Skunk if it wasn’t medicinal? 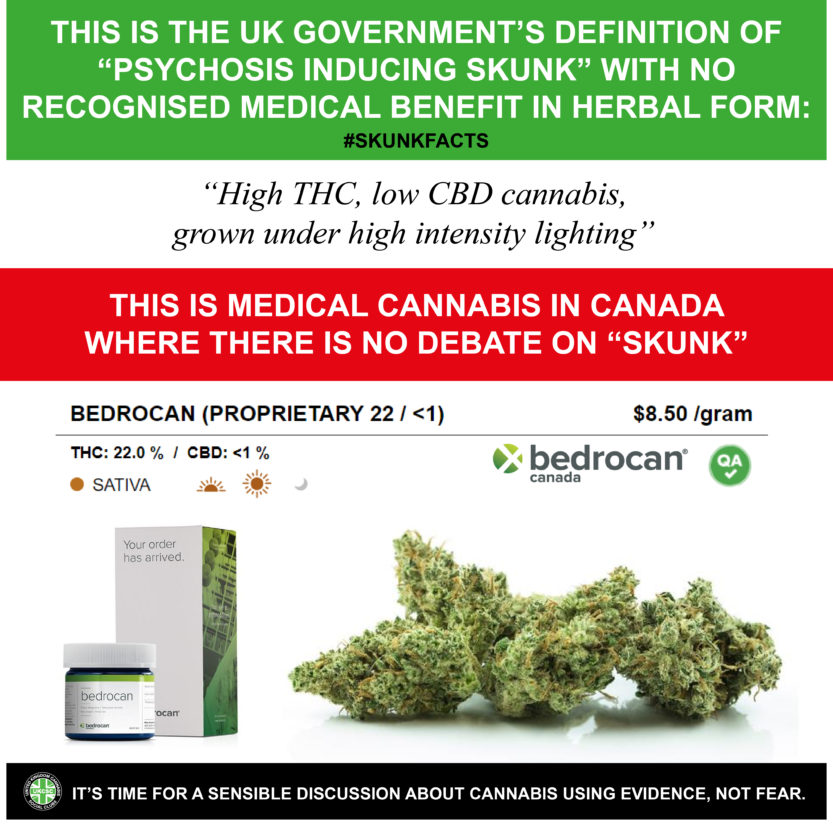 The UKCSC is campaigning to help adults gain safer access to cannabis products through regulated outlets and the right to grow at home for medical and personal use. You can now become a member of the UKCSC here and by doing so you are helping us to carry out our important activism. 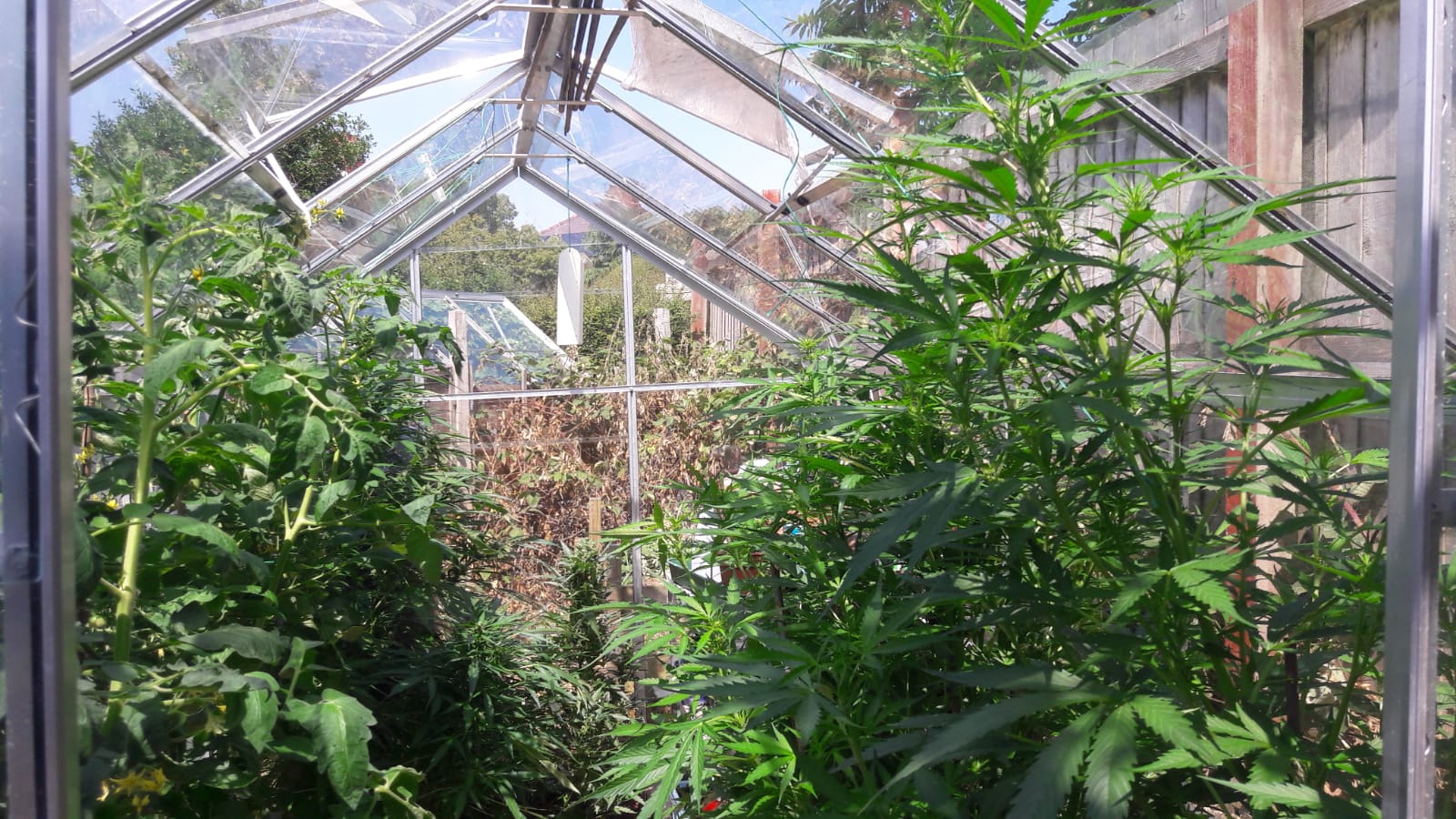 Cardiff Cannabis Cafe in the news for its ‘summer skunk’ 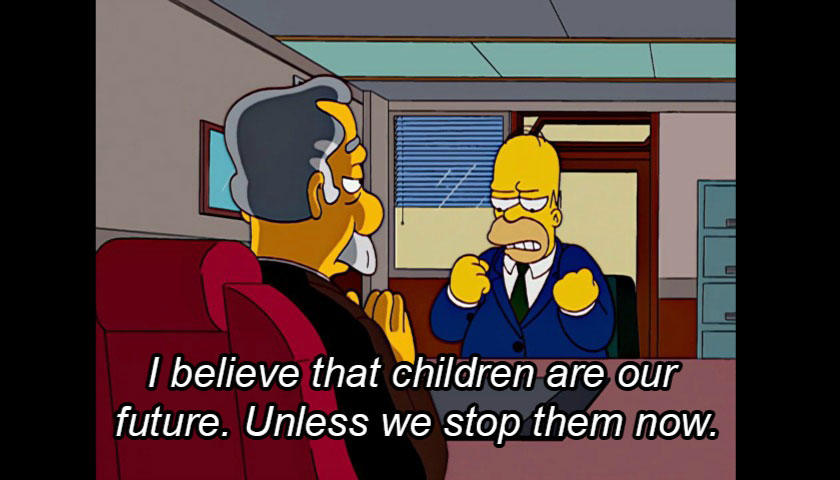 Do Teenagers in the UK Need More Realistic Drug Education? 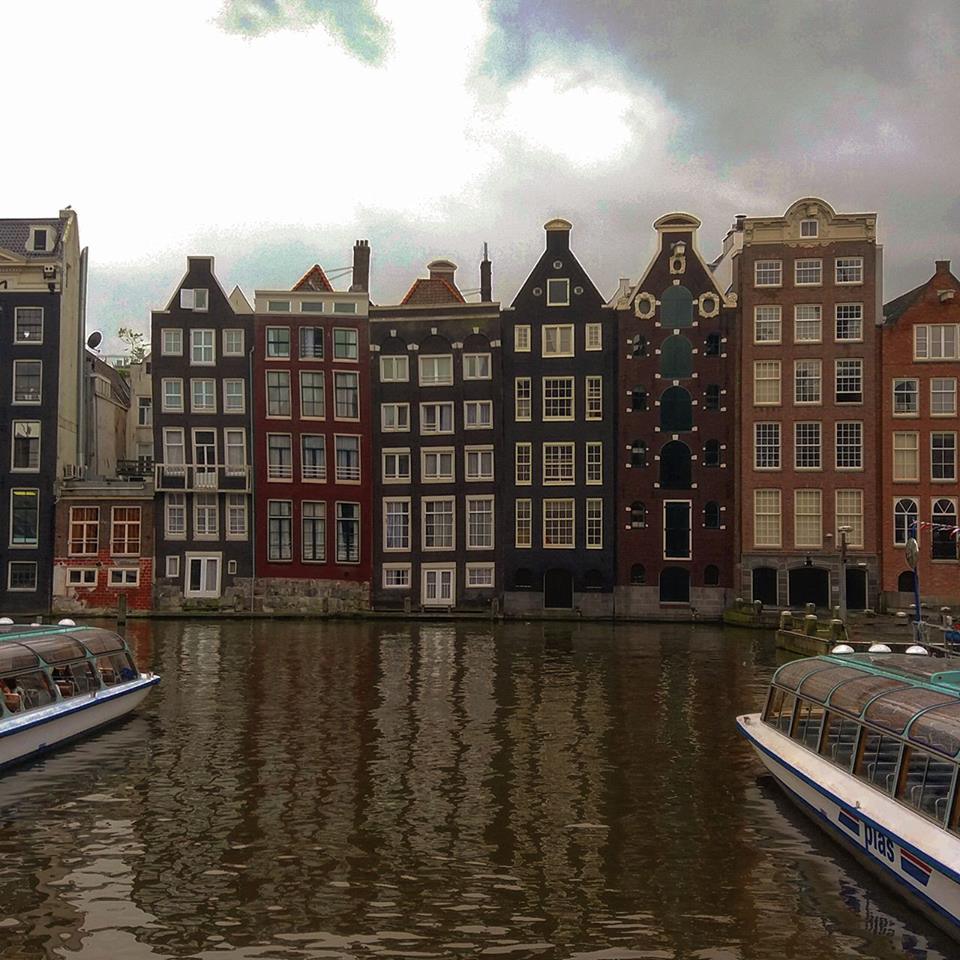 The Search for CBD Cannabis in Amsterdam…

4 thoughts on “Why Does GW Pharmaceuticals Grow Skunk If It Isn’t Medicinal?”